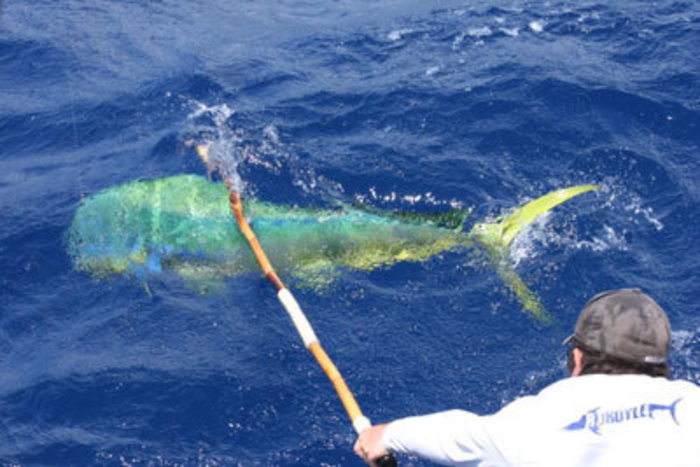 If I had to fish for one fish this weekend it would have to be dolphin (mahi mahi). Private boats as well as charter boats up and down the coast have been catching fish anywhere from 5 pounds up to 35 pounds. The best of the fishing ranged between 8 miles and 14 miles offshore. The seaweed patches have been everywhere and the dolphin are eating bait that is schooling up underneath.

While on a swordfish trip earlier in the week we saw a small dolphin jump near one of those patches of weed. We drove over to the spot and instantly got covered up by dollys. We caught 20 fish in about 20 minutes and continued heading east in pursuit of a swordfish. What a great start to the trip. Methods of catching dolphin include either trolling lures, trolling dead bait, or using live bait such as pilchards and goggle eyes. Good luck.