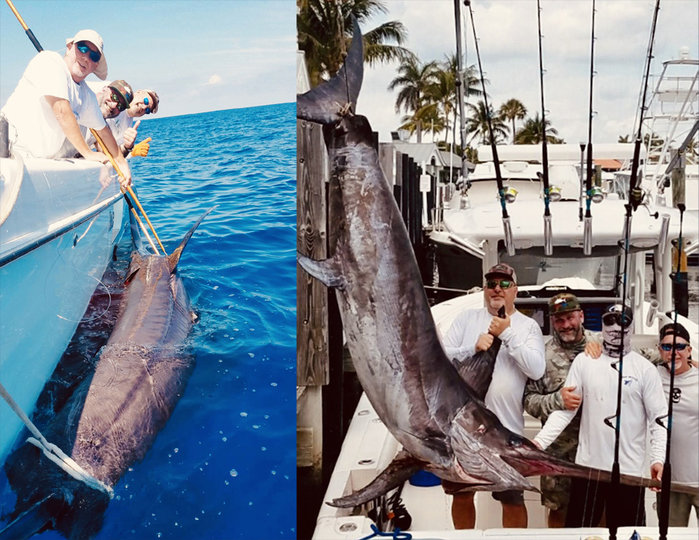 Pictured here is a 657 pound broadbill swordfish caught on Tuesday. This is by far one of the biggest swordfish to hit the scales ever in Florida. Captain Ryan Goldman and his crew of Eric, Gerard and Rob from New York who are big-time tuna fisherman landed this fish in 3 1/2 hours.

The fish ate a bonito bait in 1700 feet of water. Captain Ryan said that the fish was so erratic swimming all over the surface. They were constantly having to chase the fish down.

Congrats to this crew for landing this life changing fish! If your dream is to catch a giant sword now is the time!!!