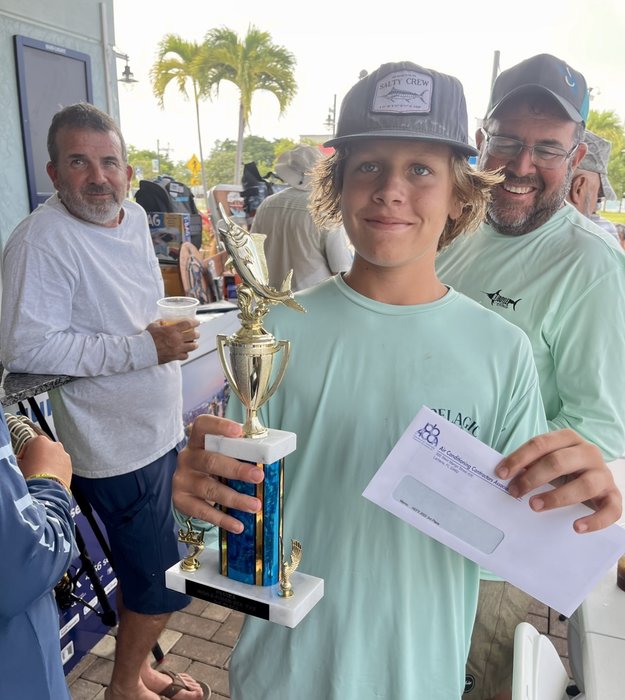 Pictured here is Caleb Cook With his trophy and check for junior angler award in the High Efficiency AC tournament we fished over the weekend. This tournament was based out of Riviera Beach Marina in Palm Beach and it was a blast! The fishing was actually really tough this weekend as there were several tournaments going on at the same time. Lots of pressure and still conditions made it difficult but we were able to catch a few nice fish.

Most everybody was fishing live bait and we decided to change up our tactic and go to trolling even though historically the kingfish caught on the troller a bit smaller. We felt like we needed to cover ground and we got lucky. At days and we ended up with 16 kingfish, 40 bonito and a sailfish.

The rest of the week has been filled with a mixed bag of kingfish and tuna. We have a large moon right now so don’t be afraid to put out the wahoo gear. I would suggest fishing for wahoo this weekend in 180-250 feet of water.