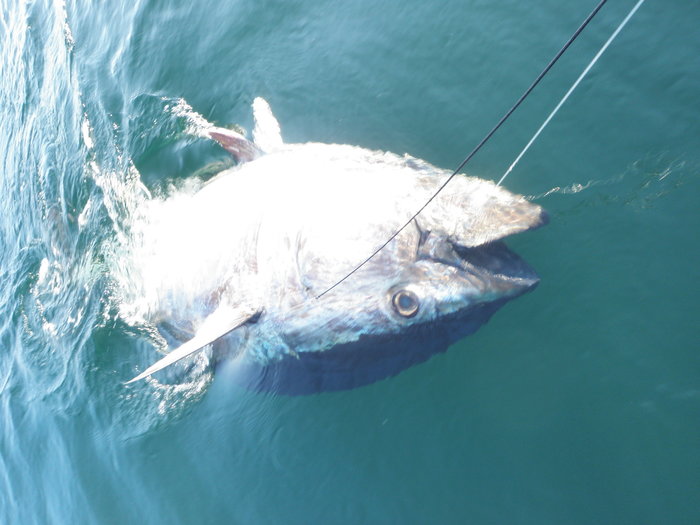 This year was the second year that my wife traveled with me to Nova Scotia to fish for bluefin tuna. We knew that the fishing might be a little slow as we traveled to this spot a week earlier than usual. The migration of these tunas can be very specific. It sure is crazy to think that fish can show up on a consistent week year after year. The first fishing day we got skunked (no bites).

That night I looked up the moonrise time as we do in sword fishing. The moon was to rise at sunset so we decided to sleep in and go later in the morning. When we arrived to the fleet no fish were caught. The sun started to set and the moon began to rise. There were no boats around. Within seconds of the moon popping the horizon both rods bent over and line began screaming off the reels. When it was over we caught a double header of giant bluefin tuna both 800lbs. We released both fish perfectly. My wife was happy so I was happy!!!!