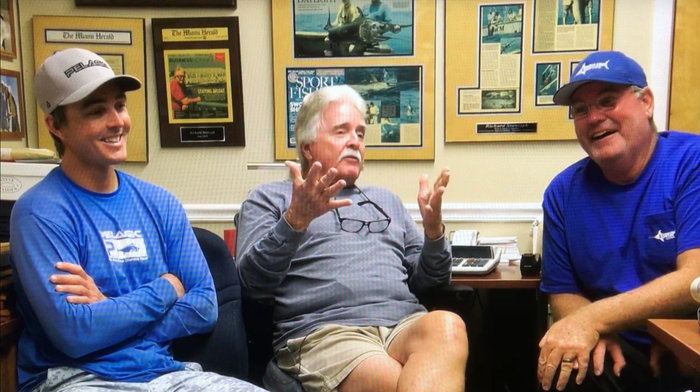 Over the last month I have filmed with some legends of fishing. Richard and Nick Stanczyk owners of Bud and Mary’s Marina in Islamorada Florida have changed the lives of many as they are true pioneers of modern daytime swordfishing.

Twelve years ago they dropped a bait down to the bottom in 1600 feet of water during the day. They never felt the bottom so they let all of the line out on their Penn reel. When they reached the bottom of the spool they locked up the reel and began to wind it in not knowing that a 60lb swordfish was on the other end. If they would not have caught that sword in the day on the first attempt we would probably still be fishing only at night for swords. Handcranking that sword to the surface took several hours.

The stories these guys tell is nothing short of epic! You can join our instructional fishing platform called RJ’s Crew to watch at rjboylestudio.com