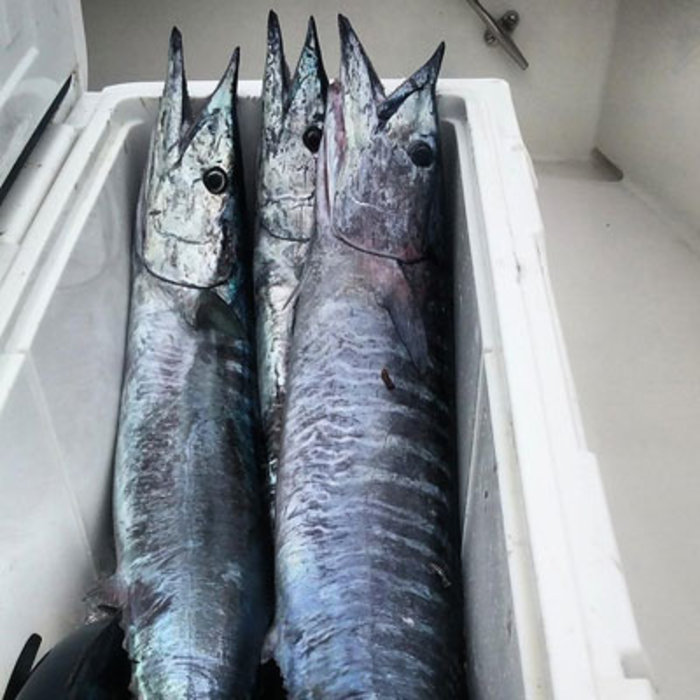 The picture here was taken by charter boat mate Sean Hamil. Obviously the wahoo were biting early this week. Fishing for wahoo should only get better. Its almost a full moon and that means wahoo for this weekend. Many fishermen are already catching multiple fish per day. The best of the fishing is thirty minutes before sunrise to an hour after sunrise. Trolling has been the technique that seems to work best. Some guys are trolling smaller lures up to 15 knots while others are pulling baits such as ballyhoo and bonito strips around 9 knots. As for depth 200 has been the ticket. Fish between 125 and 275 feet of water and you should be greeted with that wonderful sound of the clicker screaming, wahooooooooooooooo!

Also keep in mind that we still have missing boys on the ocean. Keep an eye out and report anything that you see.