Inshore for Kings, Offshore for Dolphin 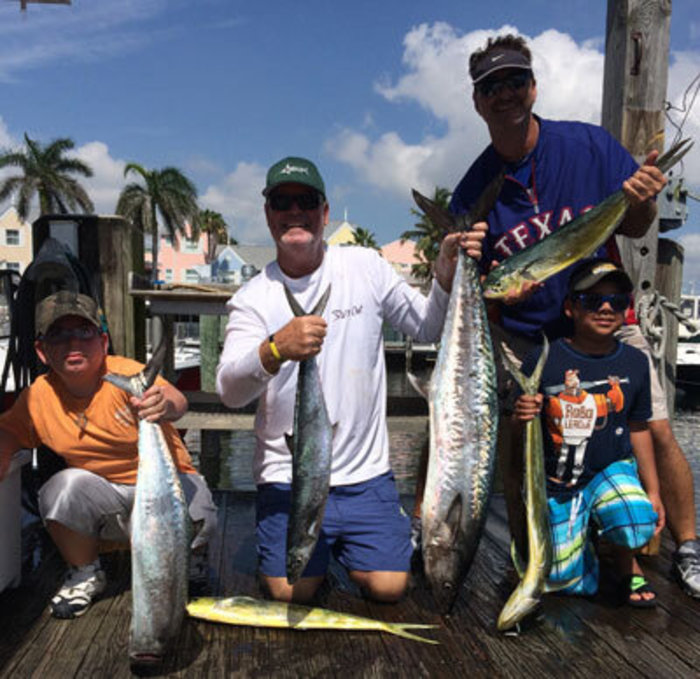 We had a great Mission Fishin' trip yesterday. In four hours we managed to catch some kingfish nearshore up to 35lbs. Better yet we caught some nice dolphin up to ten pounds about ten miles offshore. Once we had caught enough kingfish to eat we figured we would pick up the lines and drive offshore looking for birds or floating debris. As hot as it has been it was actually nice to head east with the wind in our faces. We found the dolphin around some small weed lines at the ten mile point. We trolled bonito strips around the weed and it was an instant hookup. We had other reports that the boat who fished a little farther about 15 miles offshore were catching much bigger dolphin. This weekend give the kings and dolphin a shot you won't be disappointed.