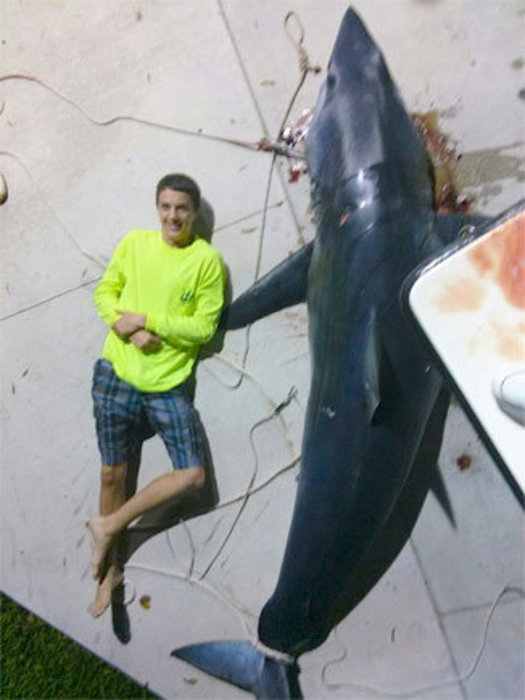 If you have ever wanted to catch a mako shark march is the month to do it off our inlet. We had 3 reports this week of anglers fighting sailfish on the line when a mako arrived and ate the sailfish. This feeding happens in 150 feet of water. We also have a report of a fish that was caught 12 miles out by Jeff Walls who works in our store. Jeff was sword fishing and already had 2 in the boat when the charter decided to make one last drop. They hooked a fish near the bottom and to there surprise after an hour fight a large mako jumped boat side. It was a dream fish for Chris Cagle from Ft. Pierce as he had asked me if I would take hime for mako shark on a previous charter. A mako is a seriously dangerous shark as it is very unpredictable. One second it will be pulling line off the reel and the next second the shark will be spinning in the air. They subdued the shark and made there way for home. The mako shark tipped the scales at 637lbs and will be on many dinner plates this week. For tips and tactics to catch a mako shark give us a call at the shop.
Get Tight!!