Strongest Fish in the Ocean? 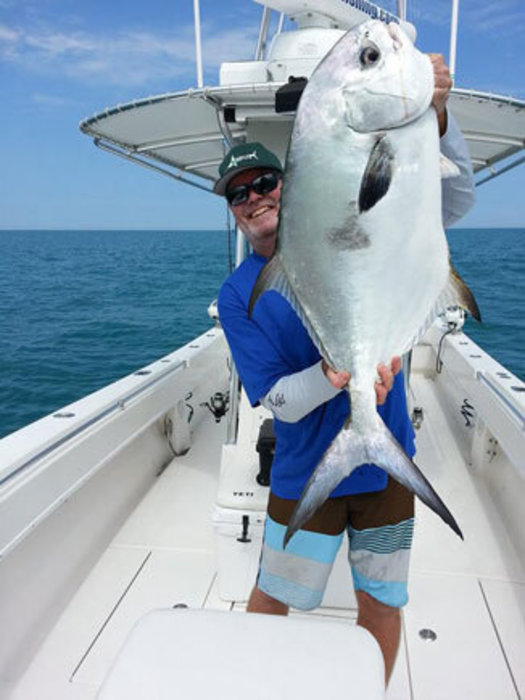 I had heard stories about how hard Permit fight but I myself had never caught one until earlier this week. I chartered a buddy of mine Capt. Scotty Fawcett on the Off the Chain charter boat (a 31 contender) out of Stuart, Florida. Scotty had told me that he had seen a school of giant permit the day before so I couldn't resist. We left the St. Lucie inlet at around ten and within minutes were surrounded by permit. At first I couldn't see them. Scotty kept saying that they were right in front of me! I finally was able to understand what to look for and at that point I could see them easily. Its funny but if I was alone in my boat I would have never seen them. I was expecting a dark shadow but what I saw was more of like a sand colored goldfish shadow...I started casting a crab and hooking fish that I couldn't stop on 12lb spinning reel outfits. The fish once hooked would return to the school and the line would rub on the other fish in the school and break the line. It was really frustrating! The last fish I hooked left the school and I got lucky I guess as it ran out over the sand to around 25 feet deep. The fish fought so hard that I almost gave up! I fought the permit for almost and hour and a half before bringing him boat side. Never have I fought a fish that pulled like that! The fish weighed right at 40lbs and was released without harm. I don't know if my arm will ever recover from that battle.