The luckiest man in the world 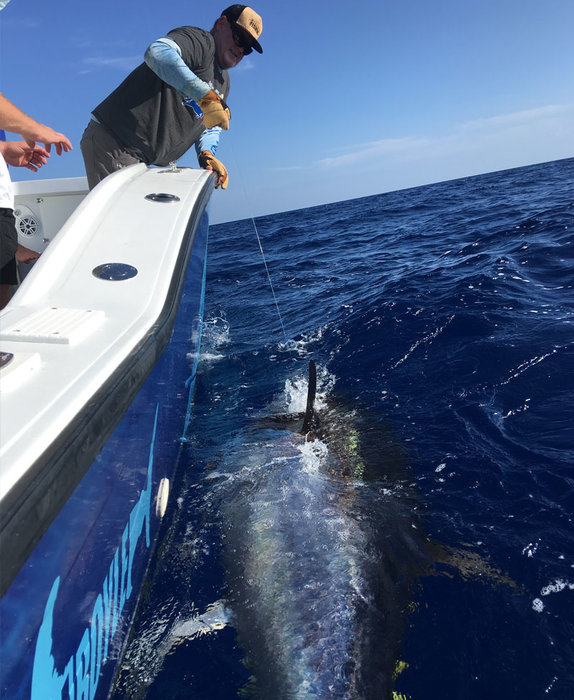 When Larry and his two sons Robert and Billy boarded the boat earlier this week he told me he was the luckiest fisherman in the world. People never usually say things like that and we are very superstitious. When he said that I thought we were going to get skunked.

Our goal was to catch a swordfish but after almost 2 full days we were skunked. We were ready to throw in the towel and head for the barn when all of a sudden our float rod hooked a fish.

Larry and the boys fought what we thought was a swordfish for 3 1/2 hours. When we finally caught the fish the sword became a giant bluefin tuna weighing between 800 and 900 pounds. This is a truly rare catch for our waters.

Larry is the luckiest fishermen in the world!