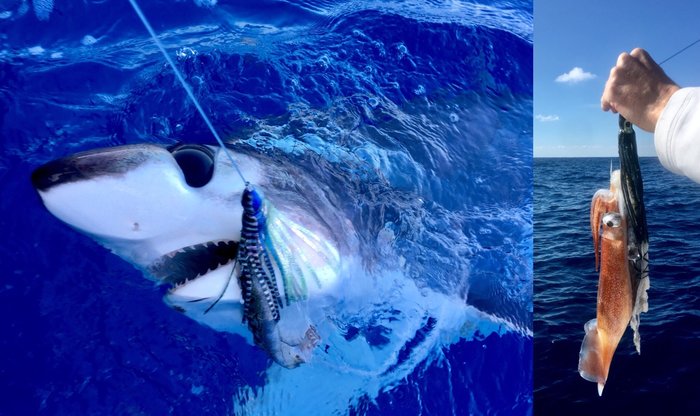 Over the last two months we have seen so many squid migrating through our area. It is hard to swordfish when you are constantly having a squid on your Bait trying to eat it or just simply getting stuck on the end of the hook. Once the squid gets on the Bait it just spins in circles and you’re sitting there with no chance of getting a bite from a Swordfish. It’s very difficult to deal with.

The only thing that seems to be biting our baits covered with squid are the thresher sharks. Pictured here is one that we caught on Wednesday off Boca and another caught off Miami on the Boat “Double D”.

These fish take several hours to catch but are all released as you are not allowed to kill them. Their tail is longer than their body!