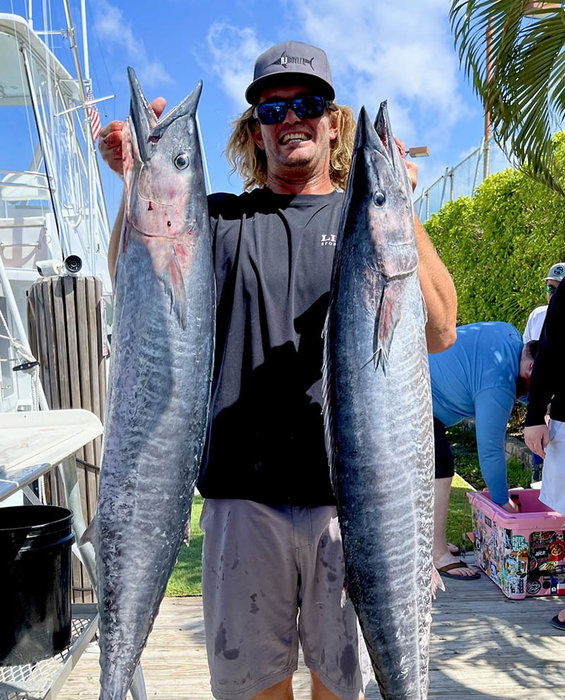 In two trips earlier this week we caught five big wahoo right out front of the Hillsboro Inlet lighthouse. Fishing has been really tough the past few weeks but it finally broke out and I would suggest getting out there as soon as you can. We caught five wahoo trolling planer‘s between 150 and 230 feet of water. All of the bites on the wahoo were on the planer. The best color for us was a pink and crystal sea-witch as well as a blue and Crystal Seawitch.

Both Rigs were fished with a Bonita strip. The best speed to get the bite was around 8.5 knots over ground. In addition to the Wahoo we caught several smaller blackfin tuna as well as a few nice kingfish. Everything was caught trolling. We did fish one live bait trip using kites but it was really slow. I think you need to cover some good ground right now to find the fish. We caught several sell fish on the troll this week as well.

Swordfish bite was slow for the last few days but may pick up any time as the migration is still happening.

Fishing inshore seems to be getting better so get out there!