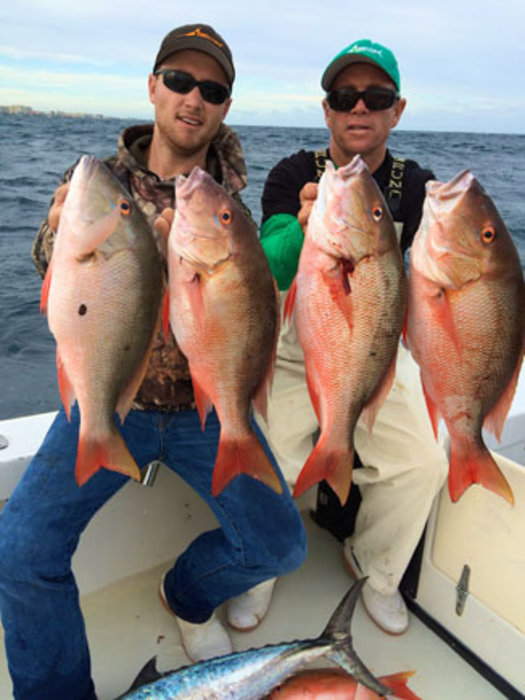 On a trip earlier this week I rode along with the Bassett family out of Boca Raton aboard the "John B". They called and said that the conditions were nice for mutton snapper. The tide was running about a knot to the south and there was no wind. We anchored up in 60 feet of water and fished with three rods. Two of the rods had 3 ounce leads, a 12 foot flourocarbon 40lb. leader and a 4/0 circle hook. For bait we caught live ballyhoo and hooked them through the lower jaw. We fished two rods on the bottom locked up so that when a snapper hit the rod would just bend over. The third rod was fished as a flatline with no lead. This bait swam freely behind the boat. John Bassett Sr. said January was a good month to catch the mutton snapper but it was not the best as his best catches were in the summer. He said that when it was rough offshore that we could still fish for quality nearshore. Until this trip I had never fished for mutton snapper in January. In two hours we caught 10 mutton snappers and 2 kingfish.